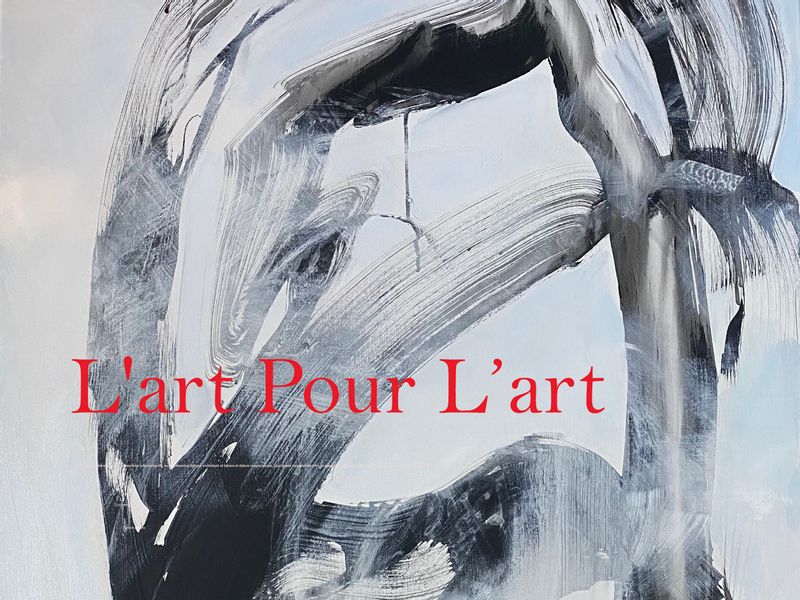 New work exploring the philosophy of “art for art’s sake”:

Art for art's sake—the usual English rendering of l'art pour l'art, a French slogan from the early 19th century—is a phrase that expresses the philosophy that the intrinsic value of art, and the only 'true' art, is divorced from any didactic, moral, political, or utilitarian function.

Art for the sake of art affirmed that art was valuable as art in itself; that artistic pursuits were their own justification; and that art did not need moral justification, and indeed, was allowed to be morally neutral or subversive. Such works are sometimes described as autotelic (from Greek: autoteles, 'complete in itself'), a concept that has been expanded to embrace "inner-directed" or "self-motivated" human beings.